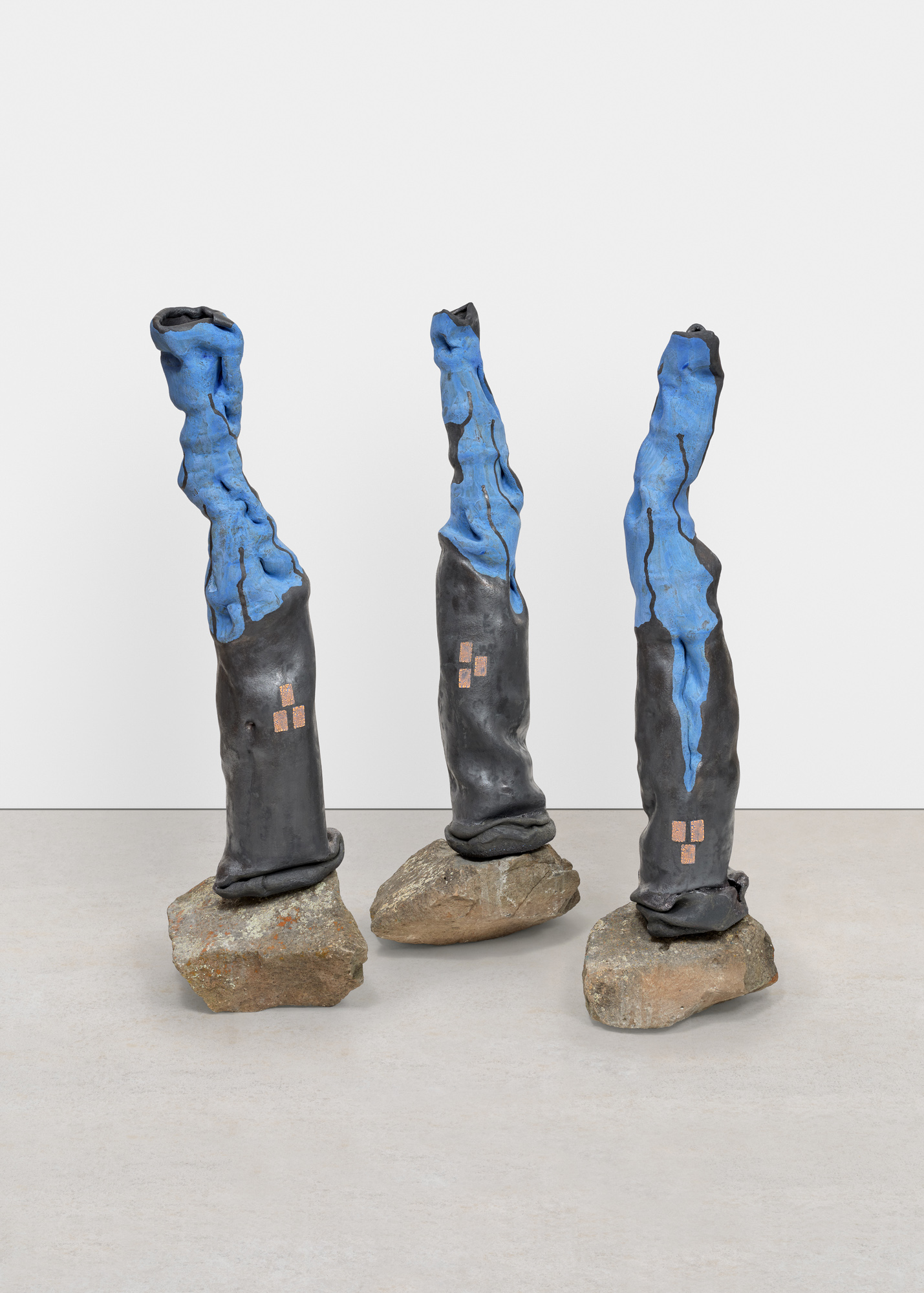 Shoshana Wayne Gallery ✨
5247 W Adams Blvd
Jan 14, 2 PM - 5 PM — ends Feb 25, 2023
In the second of three innovative exhibitions featuring pairs of artists whose work is sometimes overtly, sometimes inadvertently linked through the intimacies of living together, Shoshana Wayne Gallery highlights the artwork of Ashwini Bhat and the poetry of Forrest Gander. Bhat and Gander’s work will be on view until February 25th, 2023, with an opening reception on January 14th from 2pm to 5pm.

Ashwini Bhat grew up in rural, South India where she trained in a 2000-year-old dance form, Bharatanatyam, before coming to tour internationally with a contemporary Indian dance company. Her tumultuous, color-dappled ceramic sculptures relate the fire-and-earthquake-altered landscape of her adopted home, California, to female nature spirits of India. Bhat says she learned from dance how to keep her energy rippling and visible, even when her body is still, and only when her sculptures do the same does she think of them as finished. The large sculptures, which dominate the first room at Shoshana Wayne, appear to have been heaved upward from the earth, twisting, turbulent, merging sensual corporeality with tectonic drama. It’s as though the human body and the geologically active California landscape have become one thing. The smaller works in the second room bring into play thread— used in India to assign sacrality to objects— and Calla Lilies, symbols of regeneration whose orange-yellow spadices contain both male and female flowers in a spiral pattern. Bhat’s labor-intensive process involves the manipulation of soft clay slabs directly over her own body in an act of transformation and translation. She says the work in this show “responds to the phenomenon of the rift, the rupture, and the renewal of nature, body, clay, and self.” Her practice, and its attentive focus on the mutuality between human and non-human, comes to serve as a radical revision of our exploitative and transactional relation to a world of complex interrelationships.

Forrest Gander’s poems appear in both rooms of the show, in the first as a kind of word-detritus strewn along the central rift of a fault zone created by the sculptural components of Bhat’s wall installation, and then— in the second room— as vinyl text on the walls and in an invocational lenticular print. Gander, who has a degree in geology and a long practice as an ecological writer, traveled with Ashwini Bhat exploring many sections of the 800-mile-long San Andreas Fault. Each short poem, with its left margins stepped to enact the horizontal movement of a strike-slip fault, hovers behind a sculpture “perhaps like,” he says, “the low rumbling vibration that accompanies an earthquake.”

Both Bhat and Gander are interdisciplinary collaborators whose lives are intertwined by their mutual interest in ecology and place, emphasizing species interconnectedness. They live in the foothills of the Sonoma Mountains in northern California.
Tweet
Share