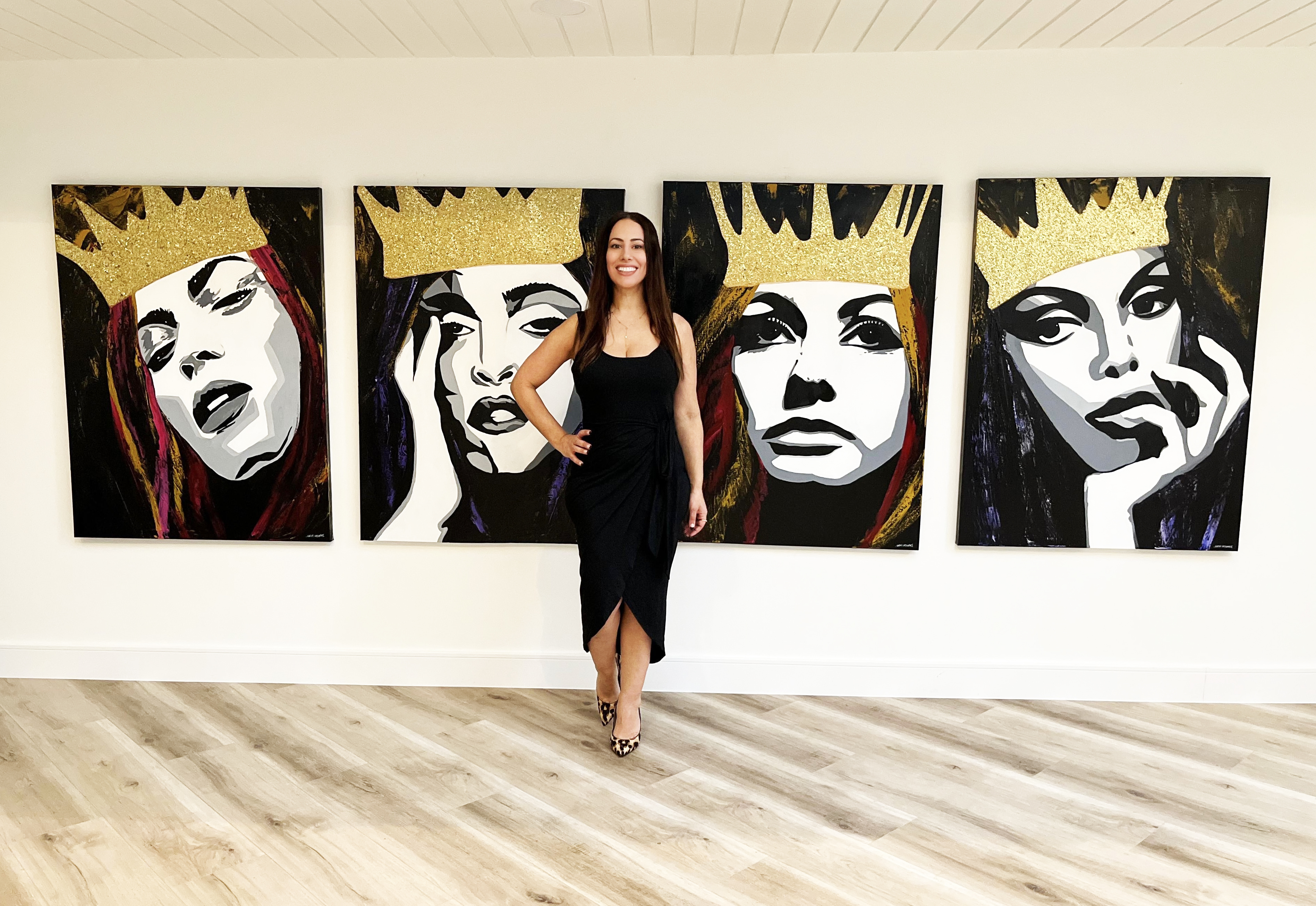 Artist Kathy Lajvardi announces the launch of her empowering
series of works born from her influential life experiences and Iranian heritage.

Lajvardi’s new work springs from decades of award-winning design projects for global icons including Madonna and Beyoncé and deep reflection on her life as an Iranian-born woman growing up in Los Angeles who was influenced by music and culture. Lajvardi’s time in concert graphics inspired her to meld music with her art. “With this series, I’m telling a story of empowerment, of strength, of breaking through struggle from my point of view as an artist and as a woman,” Lajvardi says.

Lajvardi’s four-part portrait series, “Unbreakable Queens,” recounts the impact Madonna, Janet Jackson, Beyoncé and the iconic Iranian singer Googoosh had on the artist throughout her life. “Each of these women broke through barriers and personal struggles beyond their art. Their drive and desire to win is very powerful and I drew inspiration from them at various stages of my life.”

Lajvardi and her family endured the revolution in Iran in the late ’70s before moving to Los Angeles; the recent atrocities happening in her homeland weigh heavily on her. “I’ve been a part of the protests in Los Angeles and Orange County, going with busloads of other Iranians. I felt the energy of the people. An energy not of despair but of resolve.”

Lajvardi harnessed this energy in two special mixed-media on wood pieces called “Unstoppable.” These works beautifully combine symbolic elements that represent the heart, soul and energy of the Iranian people, from the Lion to the national flower, all draped in the battle cry of “women, life, freedom.”

“Unbreakable Queens” & “Unstoppable” will be touring Southern California starting January 7, 2023 at Grace Galleries in Laguna Beach and at private showings. Keep up with her on instagram www.instagram.com/kathylajvardi Visit www.kathylajvardi.com/ for information on shows, hosting a showing or purchasing one of Lajvardi’s originals or prints.

About: After earning a B.F.A. from Otis College of Art and Design in Los Angeles, Kathy’s professional career took her through the world of advertising, film, and entertainment. Over the last two decades she has received more than 20 awards for design and art direction. Her work includes concert graphics for Madonna & Beyonce, commercial graphics for Lexus, Disney, Apple, and movie graphics for Iron Man and Transformers.
Tweet
Share