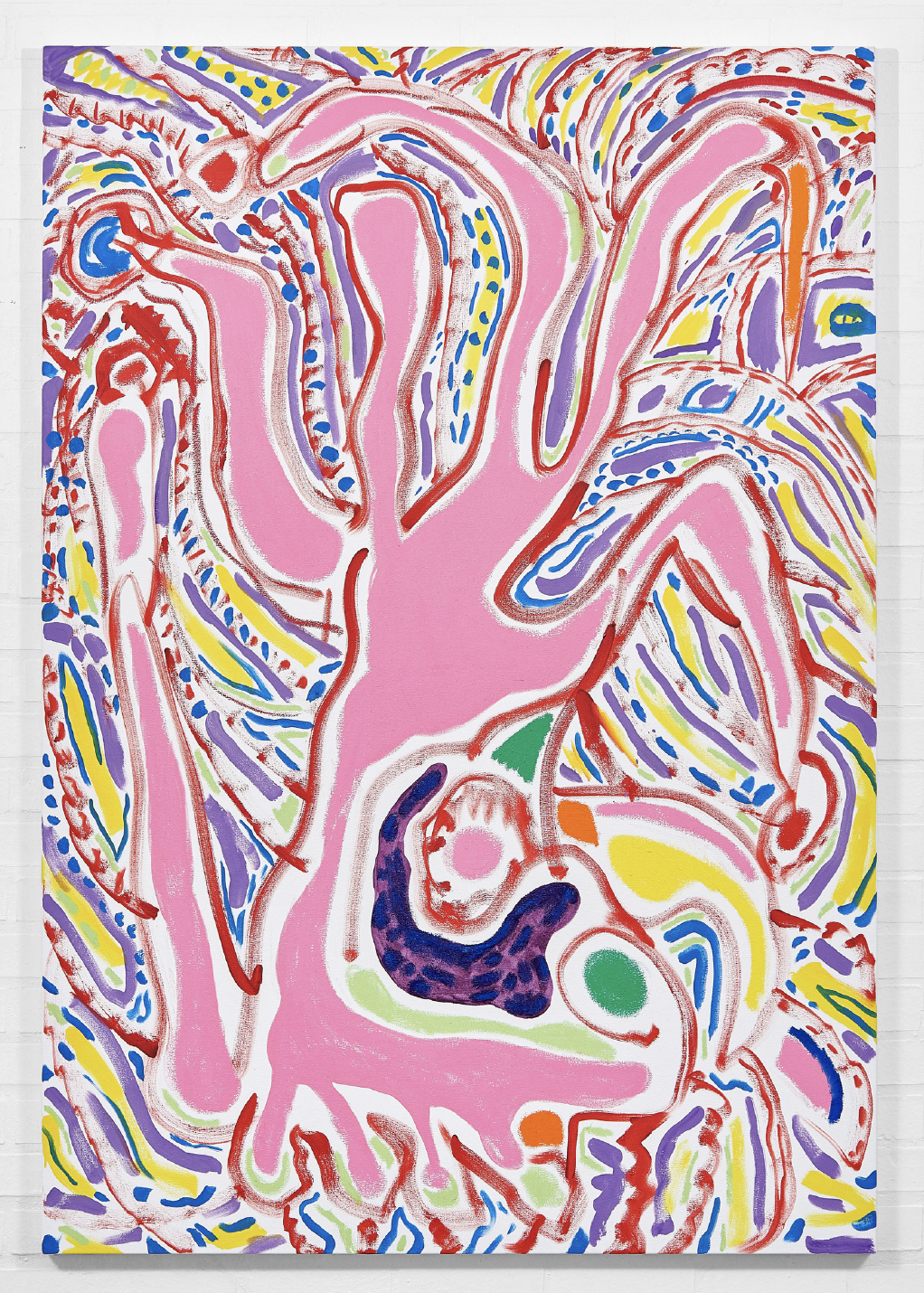 More, a greater or additional amount of something, but also a 1969 counterculture film scored by →→→ Pink Floyd, who filmed a live performance in the empty ancient Roman amphitheatre in →→→ Pompeii, which, before being buried under a pyroclastic surge in 79 AD by the eruption of Mount Vesuvius, was home to a staggering amount of →→→ erotic murals, of which one of the oldest precursors is tentatively referred to as ‘Venus and the Sorcerer’ and lies in the heart of →→→ The Chauvet Cave, which was the subject of ‘Cave of Forgotten Dreams’, a documentary by →→→ Werner Herzog, who survived relatively unscathed after being shot (with an air rifle), as did →→→ Megan Thee Stallion, the American rapper who was shot in the foot (with a handgun), and is also at the forefront of cutting-edge innovation in the field of →→→ manicures, wherein nails are frequently augmented by three basic types of fake nails (acrylic, gel, and dip), produced from the acrylic family of →→→ plastics, a wide range of synthetic or semi-synthetic materials that use polymers as a main ingredient, also used to produce the nefarious →→→ vuvuzela, which along with causing hearing loss, has been cited as a possible transmitter of airborne contagions such as →→→ influenza, which can be combatted with the consumption of →→→ flavonoids found in the rinds and pulp of →→→ citrus fruit such as the →→→ etrog, a yellow citron used during the week-long Jewish holiday of Sukkot, but also a previous name for the trophy of the →→→ Canadian Film Awards, which awarded the 1975 and 1978 Best Supporting Actor Etrog to →→→ Henry Beckman, who portrayed Dr Carl Miller in →→→  My Living Doll, an American science fiction sitcom centred around a prototype military android named Rhoda Miller (Julie Newmar) who was a prime early example of a →→→ Fembot, a humanoid, often deadly, robot that is gendered feminine, later featuring memorably in the 1997 film →→→ Austin Powers: International Man of Mystery, where they were introduced alongside the opening and closing notes of →→→ These Boots Are Made for Walkin’, a hit song released in 1966, written by Lee Hazlewood and recorded by Nancy Sinatra and covered on the 1966 EP ‘Jazz in Jeans’ by →→→ The Artwoods, who previously covered →→→ Hoochie Coochie Man, a blues standard first recorded by →→→ Muddy Waters, who opened for hirsute Houston blues rockers →→→ ZZ Top in 1981, and who famously allowed astronaut Michael Fossum to preview new material while en route to the →→→ International Space Station, where NASA recently sent a swathe of →→→ tardigrades, of which one particular species (Echiniscus madonnae) is named after the inimitable singer-songwriter and actress →→→ Madonna, who is an unrepentant exponent of the →→→ Macrobiotic diet, a fad diet centred on locally-harvested seasonal foods, Zen Buddhism and a dislike for (extremely yin) vegetables such as →→→  beetroots, which are utilised by some recipes to retain moisture and enhance the colour of →→→ red velvet cakes, which may or may not be a New York icon (if the claims of the Waldorf Astoria Hotel are to be believed), in a similar vein to the modern →→→ ceramic coffee cup, which was originally designed for the military by Victor Insulator Company, and therefore emerged out of →→→ World War 2, just like →→→ The Foreskin Fusiliers, which was a jaunty drinking song, certainly not unlike →→→ The Anacreontic Song, which was later used as the melody for an iconic national anthem, similar to →→→ Nkosi Sikelel’ iAfrika, composed by Enoch Sontonga and popularised by →→→ John Langalibalele Dube, who, besides being the founding president of what became the African National Congress, also co-founded →→→ John Ohlange High School, the first school in South Africa started by a black person, and also the location where →→→ Nelson Mandela cast his vote in the country’s first democratic election in 1994, a scene teased but not shown in the 2009 film ‘Invictus’, where Mandela was played by →→→ Morgan Freeman, who, besides being a God-tier actor, is also a certified pilot much like →→→ John Travolta, who was enraged that the prevalent use of close-up, below-the-waist shots incorrectly suggested that he used a body double for the solo dance sequences in →→→ Saturday Night Fever, the 1977 dance drama which was inspired by ‘Tribal Rites of the New Saturday Night’, a fictional-passed-off-as-factual piece of journalism in New York magazine written by →→→ Nik Cohn, who, to put it kindly, was not a fan of The Beatles’ ‘Abbey Road’, and neither was →→→ John Lennon, who co-wrote the supremely funky rock track ‘Fame’ with →→→ David Bowie, who later voiced the character Lord Royal Highness in the children’s animated series ‘SpongeBob SquarePants’, which includes the character →→→ Eugene Harold Krabs, an anthropomorphic crustacean and neoliberal fast-food tycoon who suffers from severe →→→ robophobia, an anxiety disorder in which sufferers have an irrational fear of robots, drones, robot-like mechanics, or artificial intelligence; also afflicting the late →→→ Stephen Hawking, who received the →→→ Presidential Medal of Freedom, which is awarded by the president of the United States for ‘especially meritorious contribution to cultural or other significant public or private endeavours’, and many years earlier was also awarded to →→→ Willem De Kooning, the Dutch-American artist who was fond of spontaneous, splattered, gestural brush work that emphasised the evocative act of painting, very much a defining trait of →→→ Abstract Expressionism, a major post-war twentieth century art movement much like →→→ Minimalism, which can also refer to smaller amounts, not as much, as does →→→ Less
Tweet
Share